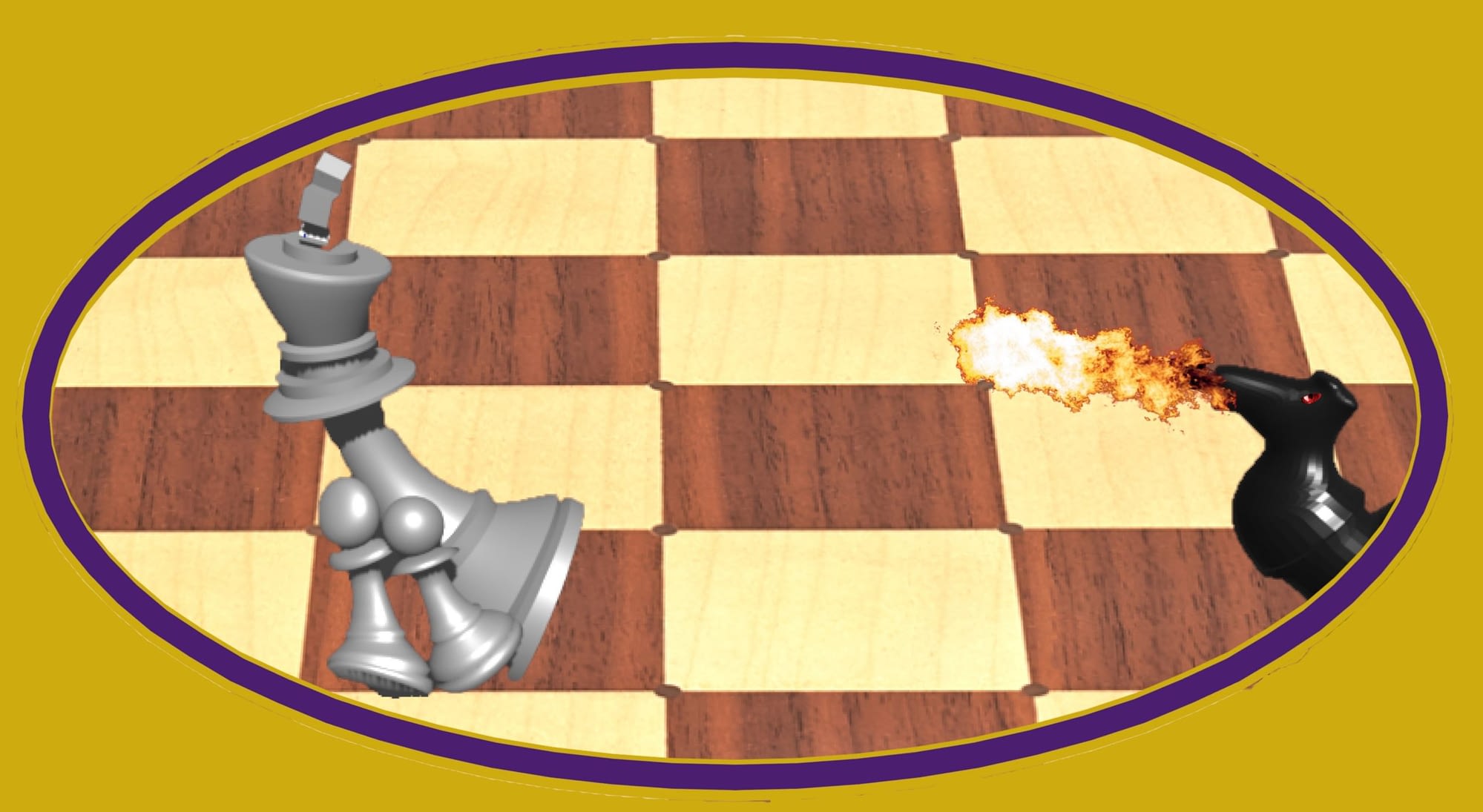 You may know, my online chess rating hovered around 1300 for decades, “Hopelessly Mediocre Chess.” No matter which website or app I used, I was about a 1300 player, give or take. Then, a few months back, Emmons won a very long streak of games, beating me soundly time after time.

I discovered he was watching International Master Eric Rosen stream live on Twitch and watching his videos on YouTube. He was learning volumes about winning chess play, which explained why he was kicking my ass time and time again.

So, I had to start watching, too, just to keep up with Emmons’s gameplay. I quickly found Eric’s favorite opening to be solid and enjoyable, the Stafford Gambit. So, I’ve been studying it on YouTube (jump to links). These videos show some incredible chess traps and tactics.  As a result of this and some other studies, my rating has shot up, and I’m able to keep up with Emmons, at least for now.

I got one of the most fantastic traps to work, and here it is.

Opponent Takes the Bait and Falls for the
Evil Queen Sacrifice, Die in Eight Moves Thingy!!

I ruthlessly made the Evil Queen Sacrifice, Die in Eight Moves thingy!
However, it’s tough and rare to get the positions YouTubers show. Good chess players usually don’t fall for such traps. Yet, this 1576 rated player took the bait, hook, line, and sinker the other night.  This study is my actual game.

Click on the arrows or click on the board and use the mouse scroll wheel to see each move.  I played black.

Just had an entertaining game against the Pirc Defense, admittedly sloppy opening for me. Yet, my pawn push on move 16  for the discovered check, queen capture, and pawn promotion felt genius.