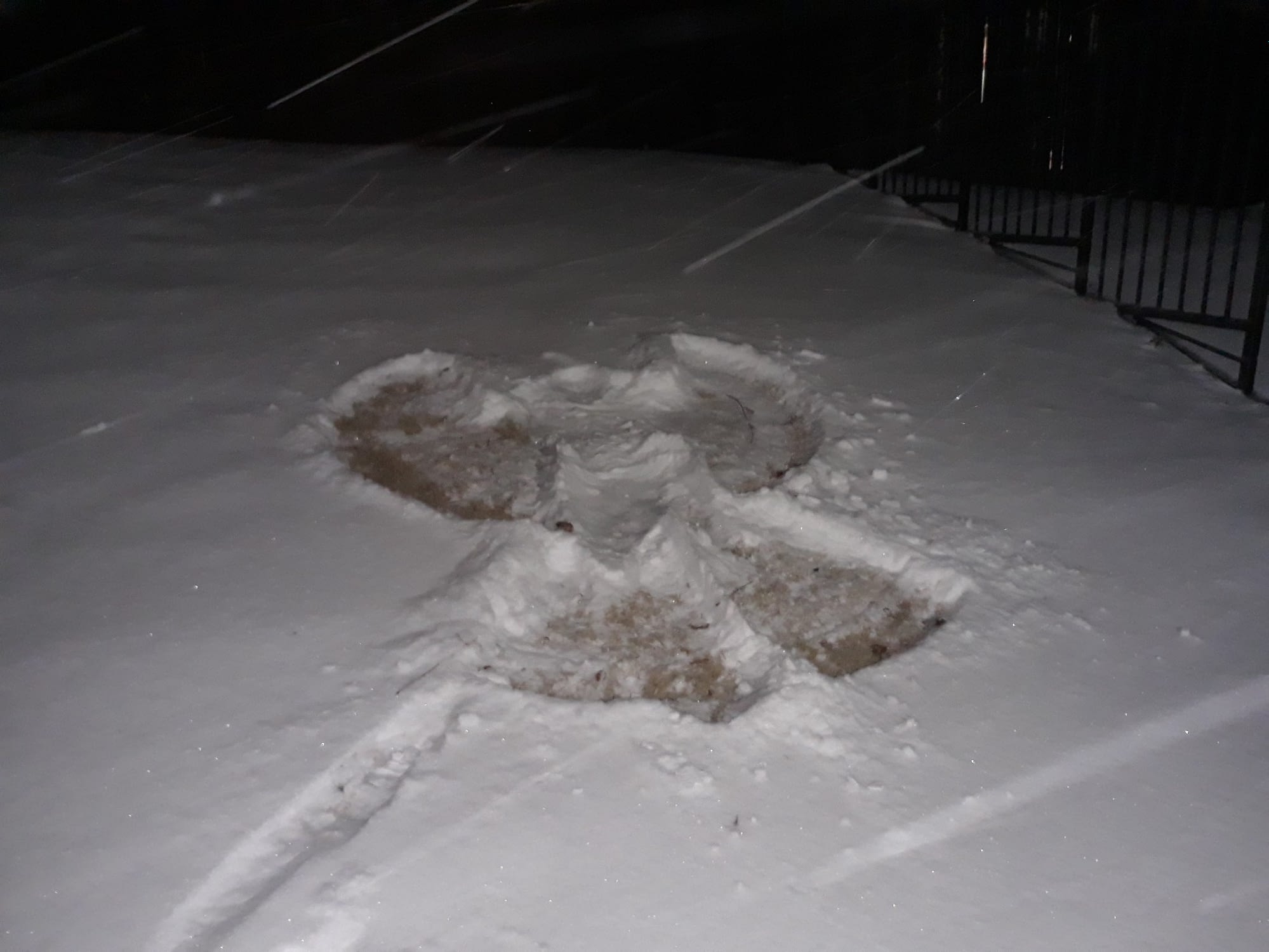 (the quaint Southern-style greetings don’t really disguise my Yankeeness like I think it does, right?)
0
Please leave a feedback on thisx

As I woke this morning, my iPhone notifications barked out alarm after alarm, like a beagle discovering a fox’s scent trail and howling, “Oooveeer Heeereee!” My usual guardian angels were seeking to check-in on my welfare. Those angels bless me. I sometimes don’t know how to express my gratitude for these folks without sounding maudlin.

Timeline of the Past 48 Hours
Survivin’ Texas Rolling Blackouts

We’re in a Declaration of Emergency!

I’m sorry for just now being able to respond. We just want to let you know we’re Survivin’ Texas Rolling Blackouts. Our ability to use the internet has waxed and wained. Whenever we had it, I tried to put on a joyful face – which was easy as sitting in the car and warming ourselves and charging our electronics has been the joy.

However, the rest of the last 48 hours have tried me (we still have some more to go). I’ve been able to maintain my cool (pun intended) through most of it. At one point last night, I was cussing everything in creation, but at that very moment, Dad was finally able to get a phone call through and slapped me back to reality. This morning many have reached out to check on us, which makes me feel amazing and bolstered.

I know the news has reported on the rolling power outages during single digits temperatures in a state entirely unprepared for such. What the national news isn’t telling all y’all, some of those rolling blackouts are not rolling along with the tumblin’ tumbleweeds. In several areas, the “switch” controlling those rolling blackouts froze and broke; our part of Fort Worth was one. We and the surrounding areas went without electricity from 7 a.m. yesterday till 9:30 PM. That was on top of already having only two hours with electricity the night before. Now, I know I’m a Yankee in the deep South and got winter skills these here Texans can’t even imagine. But I had allowed myself to become as unprepared as a bloated Texas ego during a blizzard (I always look for a good simile, but in this case, the truth will do). The unprepared Texan kind of is funny; 50% of the state’s wind turbines have frozen and can no longer add to the electric grid.

Last evening, Elias earned a cosmic Karma merit badge; he tried to cook spaghetti and meat sauce on a charcoal grill in single-digit temperatures for us. He couldn’t get the water to boil, so he turned the meat sauce into barbecued Chili.

We’re the only ones left in the building, along with one other apartment, because water has frozen throughout. It did get down to 42° in our apartment last night. We kept our water running full blast in our apartment, but as Kenny Rogers sang, “somewhere in the darkness the water, it broke even.” We are preparing for a shower of problems once the pipes thaw.

As time gives me a broader perspective, I know there is enough comedy gold in these experiences to fuel a plethora of blog posts. I’m pondering posts titled “The Untimely Death of a 60-Year-Old Coleman Stove” and “A Three-Man-Bathroom’s Smell During a Water Outage,” to name only two.

We feel your prayers!
Thank you for your concerns.
Love y’all!