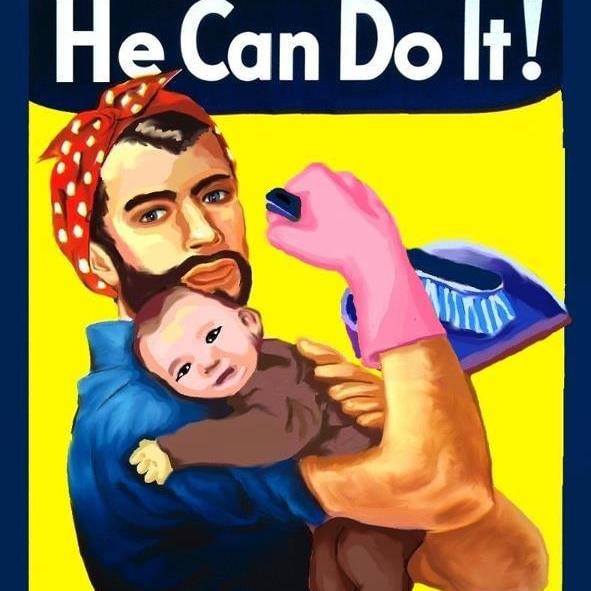 Single Dad Hack - Cooking lessons number one, don't start a completely new recipe at 4:45 on a school night. It's 7:35, and the taters just jumped out of the oven. Second, you really only need four potatoes for three men, and six is way too much (actually, now that we're into the meal, we only needed three - will they freeze?). My twice-baked potatoes are loaded with sour cream, cheddar, scallions, bacon bits, mini pepperoni, topped with broccoli (not mine), a side salad, and Strawberry ice cream for dessert. And the third lesson, with six potatoes, you don't really need the broccoli, the side salad, or the strawberry ice cream(finding a way to ditch the broccoli was my plan all along). Top that, Mr. Other Single Dads! A little challenge to get our dad's vibes cooking (pun intended). And the final lesson learned from cooking Twice-Baked Potatoes for the first time on a school night (It was more of an insight than a lesson), I fed my class of 2025 Aggie tonight! AND when he stuffed his 17-year-old mouth with twice-baked potatoes, looking not unlike a ground squirrel stuffed with nuts for burial, he said, "TmhmamTm'ms Rmemamlmy Gmomomd Dmamd!" I understood that perfectly; he loves my cooking! But, more importantly, he's going to hate dorm food! He'll be wantin' a Dad home-cooked meal and will come home just a little more! Ha! That's the best Single Dad Hack you can do. PS. When viewing the photo, ignore cleaning supplies in the background. I am a single Dad, for goodness' sakes! I can't be expected to cook and clean AND put the supplies away (actually, I did that on purpose to raise my Super Dad score)!
Prep Time1 hr 45 mins
Cook Time1 hr 20 mins
Course: Main Course
Cuisine: American
Keyword: Class or 2015 Aggie, Confort Food, Potatoes, Single Dad, Single Dad Hack, Twice-Baked Potatoes
Servings: 8 Men
Calories: 659133kcal
Cost: 20

5 1 vote Article Rating You may know, my online chess rating hovered around 1300 for decades, “Hopelessly Mediocre Chess.” No matter which website or app I used, I was about a 1300 player, give or take. Then, a few months back, Emmons won a very long streak of games, beating me soundly time after […]